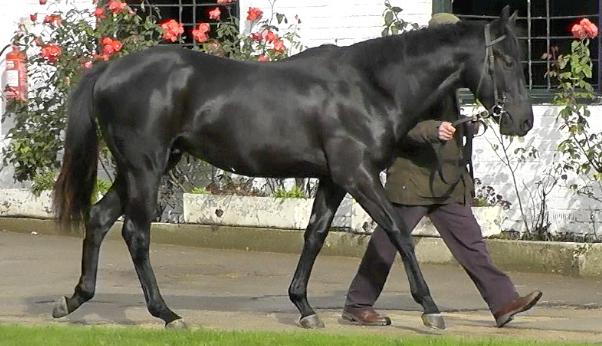 From a high class American family Mark purchased the gelding for Mr and Mrs Senior at Tattersalls in the Autumn of 2013. He won a Wolverhampton Nursery in the Summer of his two year old year and won competitive seven furlong Handicaps at Wolverhampton and Brighton at three, quietly progressing up the Handicap to a mark of 75. Continuing to improve at four he won a quality Goodwood Handicap in May under a fine ride from David Probert and followed up off a mark of 79 over seven furlongs at Wolverhampton in August, travelling like the best horse in the race throughout and quickening nicely in the final furlong to win comfortably. Like quite a lot of Kheleyf's stock he has to be ridden with a degree of restraint and produced late, ideally off a strong, truely run race; you can see him comfortably winning at Wolverhampton in August 2016 here ; the only problem Liam Keniry had was how long to wait!!

He had an interruppted racecourse career over the Summer of 2017, developing something of an aversion to entering the stalls but once this was behind him, coupled with a little bit of ease from the Handicapper, he won three successive Mile Handicaps at Chelmsford at the end of February and in the middle of March and at Wolverhampton ten days later, all three under fine rides from the emerging Jason Watson; you can see those races here, here at Chelmsford on the 12th of March and here at Wolverhampton on the 22nd of March

He then picked up a problem that resulted in him having some eleven months off; he returned to the track in February 2019 running several decent races in defeat; he has been a fine servant to his Owners and to Rowdown, winning eight races and being placed eight times, a spiffing 28% w&p strikerate; he is an extremely useful horse to have in the Yard and he is now the ride of choice for the Yard's Apprentices.