Possibly Back in Action Next Week 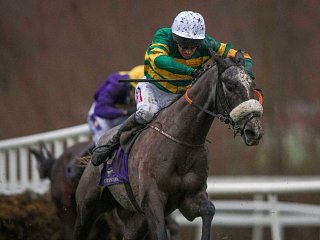 The Yard might be back in action with Pension Madness in what might be the right grade of Novice Hurdle at Exeter on Tuesday; and on Kempton’s polytrack with one or two of our AW Handicapers on Wednesday although Mark and Mike will continue to let the string naturally come to themselves. The notion that Pension Madness will be a competitive person at the right level of hurdling gained some further credence yesterday when Flying Tiger won the Fred Winter Juvenile Handicap at the Festival yesterday, PM being close up behind him on his first run over hurdles at Exeter last November.

The change in the NH balance of power continues to move on at the Festival with another double for the red hot in form Gordon Elliot in the X Country Chase and in the Champion Bumper; coupled with the eclipse of Douvan in the Champion Chase as he sadly finished the race unsound behind after quite possibly injuring himself as he significantly reached for the third.

One word in Lambourn is that Cole Harden is back to the same level as when he won the World Hurdle in 2015; against him, amongst some other not inconsiderable people, are two J P runners, the favourite Unowhatimeanharry and the 2014 Champion Hurdler, Jezki, who is on the way back from a long lay off. From a quite superb jumping family and with the class to win a Champion Hurdle one view is that Jezki could be an each way bet to nothing this afternoon.

Finally keep a weather eye out for another of Gordon Elliot’s in form string, Squouateur, in the Kim Muir the last race on the card today. Seen here jumping the last on his way to winning a competitive and valuable Leopardstown Handicap Hurdle and quietly progressive in Novice Chases he might be both well handicapped off 135 and had this race as a long term target.