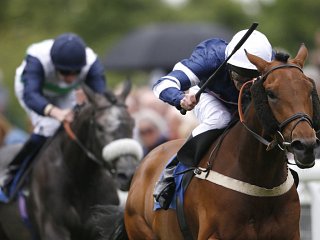 Bird for Life showed a bit of greenness at Windsor yesterday going left handed leaving the stalls and with nothing on her immediate outside found it difficult to get into what was almost certainly a reasonable class race; she will have a future in Handicaps, possibly over a little further, later in the Summer after one more run in Maiden company.

Tomorrow we take Marmajuke Bay back to Haydock where he won his first race 13 months ago with the aim of getting him back onto the previously progressive path he exhibited before running really the only modest race of his career at York on a difficult surface at the Dante Meeting. He has had a short break at Hollybush Farm in the immediate aftermath of running at York and with what looks like perfect ground in Lancashire and only six runners we are much looking forward to seeing him run.

Bay Fortuna, everything else being equal, will run at Uttoxeter on Thursday and, depending on the ground and the ballot, we could take Miracle of Medinah to Nottingham and Bayston Hill and Born to Please to Newbury the same afternoon.