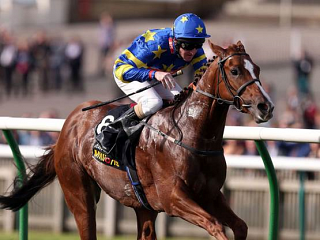 Black Truffle ran a much better race at Kempton last time; he looked more like his old self. Missing the break probably did him a favour; they went quick enough and he loved passing horses late on. We will keep going along these lines and hopefully he will win again soon.

We have officially retired Shamonix now. With all her issues she did very well to win a race and she put up a few other good performances. She will make a great riding horse for someone so we will be looking to find her the best home we can.

It’s time to look back at the year we’ve had. We’ve had some great results; 5 winners and 26 placings and we can still add to that before the year is out. One more winner would be nice so beat 2017’s tally.

Misu Pete has undoubtedly been the star of the show; winning at Newbury was the highlight of the year and he took us to a few other nice tracks too. Looking forward to next year our aim is to raise the bar so we can have more days like Pete gave us. To do this we wanted a better horse and now we have one.

Misu Pete’s older brother Miracle Of Medinah is joining the Club. He’s a Listed and Group 3 winner; and he won a conditions race in France. Though he’s a bit fragile, he’s a very good horse. He was 3rd at Ascot twice this year and probably a little unlucky the second time. He will give us some of the big days out we want.

I would like to thank the members of the High Jinks partnership who have been very generous to gift Miracle to the Club. It’s a huge bust for us; hopefully we can attract some more members to the Club now.