Conquest of Power at Newcastle

We were pleased with Q20 Boy at Salisbury yesterday; up a fair bit in class, plus the five pounds and well ridden by Isobel, keeping on throughout the final third of the race.

She should continue to run well for our Racing Club; and should have an excellent chance back in a 0-65. Here the combo are being led back in by Kirsty, who rides Q20 Boy mostly everyday and who has played such an important part in the gelding's resurgence to the Winner's Enclosure as a seven year old. 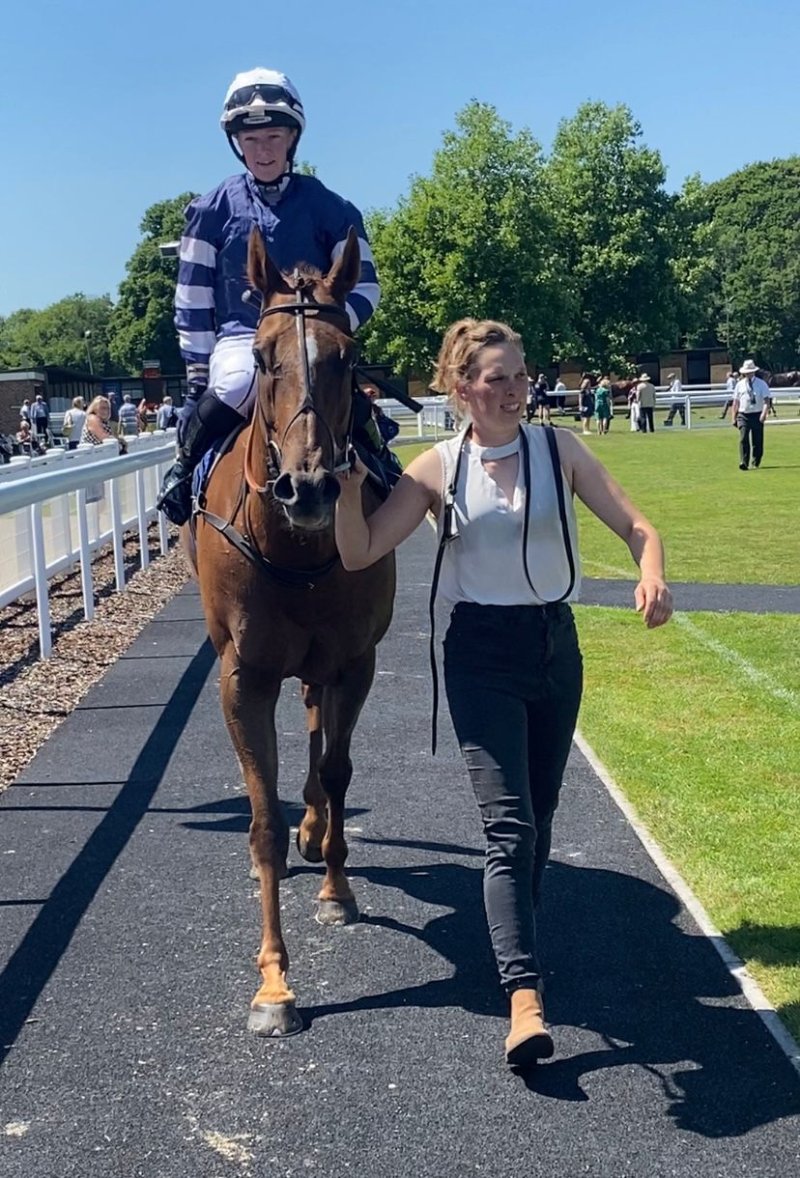 Sid's Annie was sixth at Kempton, beaten just under five lengths; time might show that it was a good class race and Neil did a great job in getting the filly to settle, something that should help her going forward; she was going on in the last furlong and we will probably try and go back up in trip with her; or run her on a stiffer track; she remains a filly with ability.

Conquest of Power goes to Newcastle this afternoon for their six furlong Novice thirteen days since the colt and Owen Lewis did so well at Sandown; this looks to be a good class race populated by a whole raft of potential improvers, unexposed and well bred guys; notwithstanding the penalty for Sandown our guy should continue his progression and Jazz, Owen and the colt all go to Newcastle to continue his development and to be really competitive; he should not be far away and probably the real key to exactly how far lies in how much improvement the unexposed guys actually make.

No runners over the weekend; but a busy week on the track from Tuesday onwards upcoming.