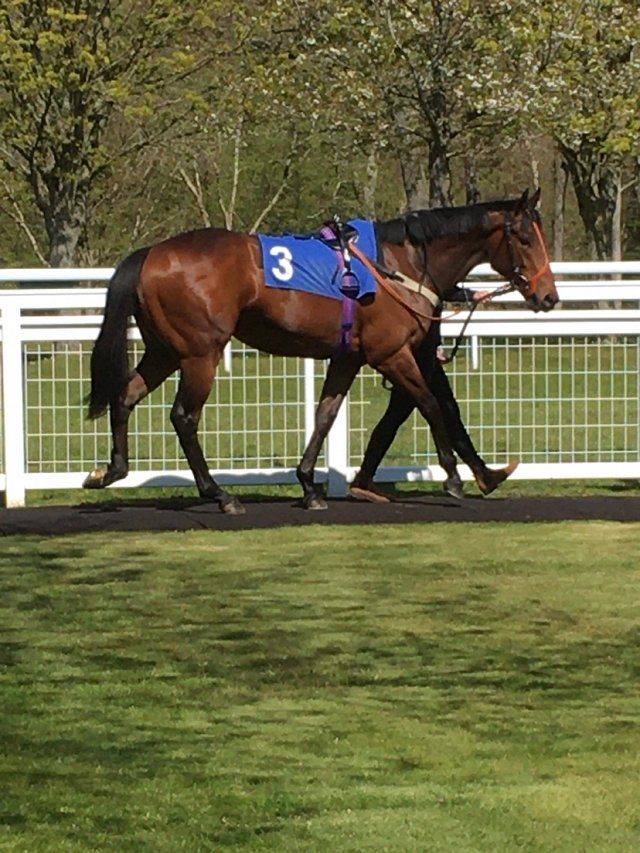 By the 2015 Prix Morney and Middle Park winner, Shalaa, out of a winning Exceed & Excel mare, Mark bought him for Mr and Mrs Senior at Tattersalls in October 2020.

He made his debut in what was almost certainly a good class Novice Stake at Salisbury at the end of April, running a race of promise to be beaten just over six lengths after being green early; he will improve on that performance going forward.

He ran for a second time, over five furlongs at Lingfield, in a Restricted Novice Stake and showed a fair bit of improvement to finish third, having led until the last half furlong. Two further runs in Maiden company, at Windsor and Lingfield, followed in which he ran creditably without quite showing much improvement; his first run in a Nursery came at Nottingham in the middle of July over six furlongs and he showed, really for the second time, that he might struggle with the sixth furlong; we will very likely bring him back down to five and he is clearly capable of winning Nursery Handicaps off a mark of around 60.

We made the decision to geld him after one further run at Chepstow at the end of August; and we were pleased to see him reap the benefit of this by him winning first time back at Lingfield in the first week of January; there will be more to come from him in similar grade Handicaps and he justified this by winning a six furlong Handicap at Wolverhampton on the evening of the 18th of March under a really competent ride from David Probert. After a really 'unlucky' run at Wolverhampton in the second week of May, where he was repeatedly denied a clear run, he went back to Lingfield, but this time on the turf, ten days later; and confirmed how 'unlucky' he had been by bolting up under Dane O'Neill.