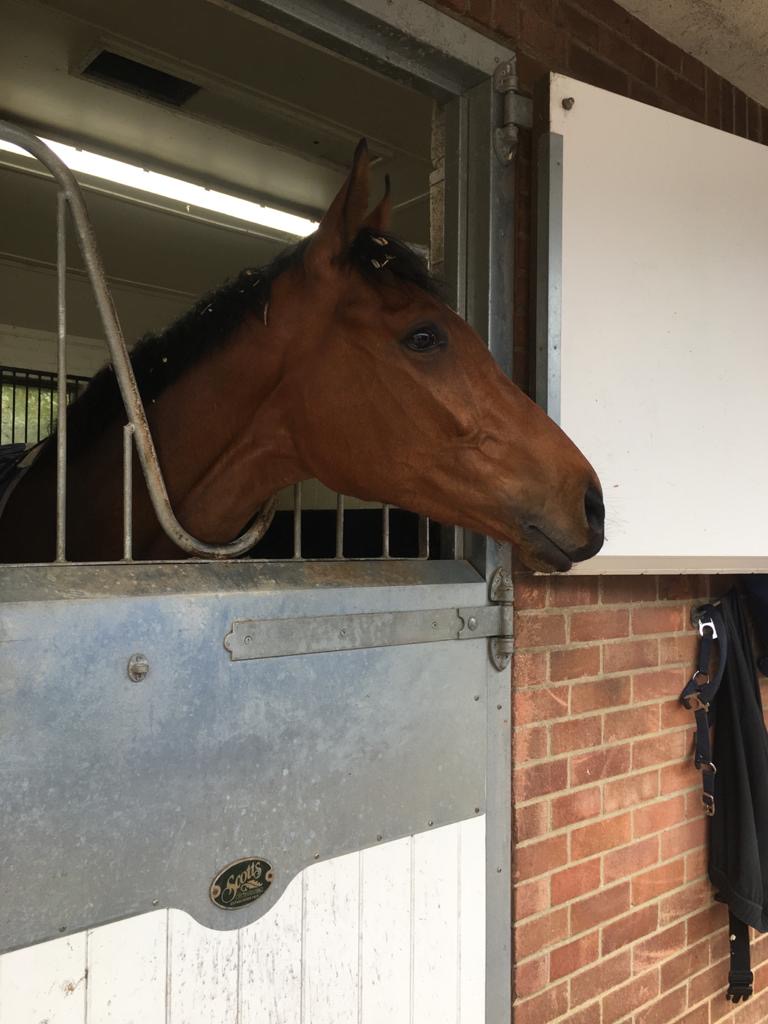 After three Autumnal runs in Maiden company at Ascot, Wolverhampton and Chelmsford he was allocated a mark of 46; BC (ie before Conoravirus) he ran twice in handicaps under William Cox, over a mile at Lingfield at the end of January and then up in trip to twelve furlongs at the Sussex track at the beginning of March, finishing fifth each time, beaten on each occasion just over two lengths. We are still working on discovering his right trip but self evidently, on the evidence of these two handicap runs, he is capable of being effective and competitive off this kind of mark; and he showed that this was so by staying on stoutly on his first run back, at Yarmouth, in the second week of June to be second.

And a fortnight later he went to Chepstow to run an equally promising race on ground probably softer than he might want. Three consistent runs at Lingfield and Windsor ensued before she deservedly got off the mark when upped in trip to sixteen furlongs at Lingfield at the end of August, making virtually all under a fine ride from Isobel Francis. And she followed up in quite decisive style over two furlongs shorter at Chelmsford a fortnight later.

Having been on the go since January 2020 he was given an extended rest over the Autumn and Winter, returning to the track in fine style at Lingfield at the beginning of May 2021 and defying a six pound hike to win a twelve furlong Apprentice Handicap under Isobel on his seasonal debut; he should continue to improve as we go through the Summer, particularly as we go back up in trip.

One possibility with him is that he might go Novice Hurdling.