Follow this Link to the Mark Usher Racing Club

A year younger half brother to the Yard's Group Three winning (and overall grand person) Miracle of Medinah, Misu Pete has shown himself to be a consistent Handicapper since he first came into the Yard as a yearling in the Autumn of 2013, winning ten times.

He ran on a variety of AW surfaces over the Winter of 2016/2017; after a short break over the Spring of 2017 he returned to the track on a competitive mark and ran two promising races, finishing fourth at Wolverhampton at the beginning of May and then just being touched off in a competitive seven furlong Handicap at Chelmsford at the end of the month, leading over one out before just being caught near the line; if you go here you can see a video of this decent performance. After a slight hiccup when he deposited Nicola Currie on the floor at Wolverhampton he then ran out a decisive winner of a competitive seven furlong Chelmsford handicap in the third week of June; which is here

Running for the first time ever on turf off a similar mark to that he would carry on the aw he then ran out a decisive winner of an equally competitive seven furlong Handicap at Ffos Las in the middle of July 2017, a video of which can be found here

After running consistently on the AW surfaces over the Winter of 2017 he returned to winning ways by decisivly winning a Yarmouth Handicap over a Mile at the beginning of May 2018 under a fine waiting ride from Silvestre de Sousa; you can see a video of that race here. He continued to run well over the Summer of 2018 winning at Newbury in August.

After a brief Autumnal break he returned to the track to win at Chelmsford at the beginning of February 2019 and at Newbury in the middle of July under an enterprising ride from Isobel Francis; and at Kempton in March 2020 just before Racing was suspended because of the Coronavirus pandemic.

He has been a terrific servant to both Saxon House and to Rowdown and has won ten races and been placed eighteen times from 73 starts, a spiffing win and place strike rate of 38%; he is also an excellent lead horse for the two year olds and here he is ridden by Sophie Conway in April 2020 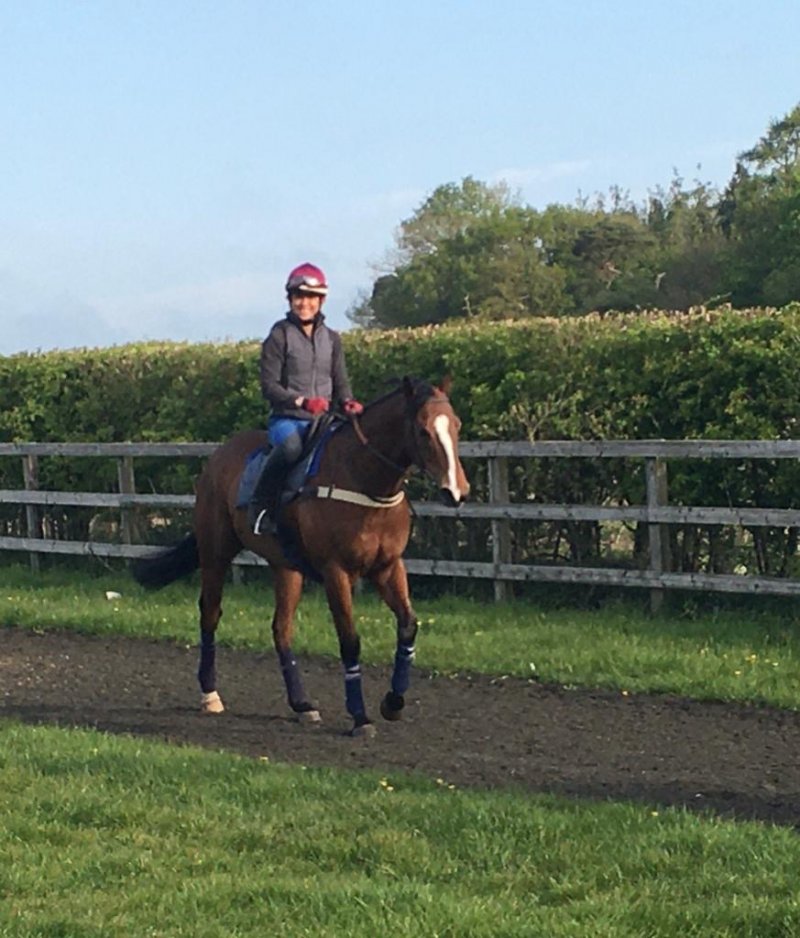