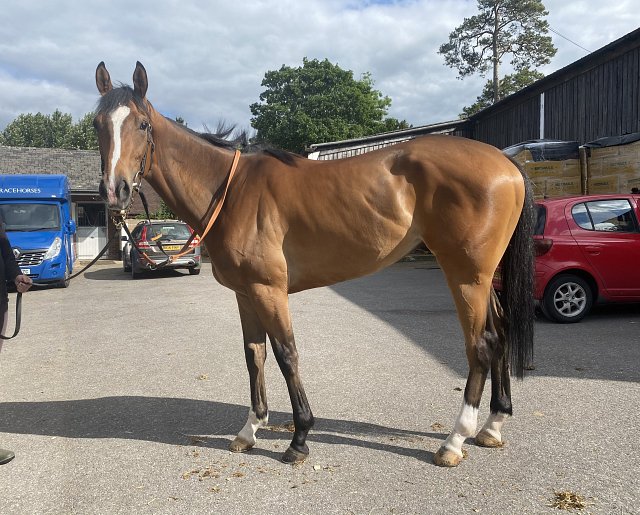 Gleneagles was an absolutely top class racehorse winning 7 races,4 at Group 1 level, one of these as a Two Year Old. He went on to win both the English and Irish 2,000 Guineas as well at the St. James’ Palace Stakes at Royal Ascot. He has made an excellent start to his stud career being strongly backed by Coolmore and Aidan O’Brien which is always a reassuring sign. His dam Destalink is from a wonderful Khalid Abdullah family who was in the frame in all her starts, earning her a handicap mark of 80 which is very respectable. This colt might seem an odd choice for the Nursery but he is not overly big and looks as if he will come along in the second half of the Season next year and being such a well bred horse I could not ignore him at Tattersalls Book 2 Sales at 3,000 gns.

He is Plus 10 qualified and is one of three horses in the Rowdown 2020 Nursery, overarching details, including costings, are here.

If you follow this link you can see him being ridden for the second time on the 15th November 2019. And here he is being adventurous walking on the rodes on the 18th of November.

He made his second start over eight furlongs at Southwell at the end of April 2021, showing a fair bit of improvement after being behind early; he should continue to improve with time and as he steps up in trip and he is ahorse to keep an eye on in handicaps going forward.