Unnamed 2YO G'ing by Twilight Son out of Sweetest Revenge

By the promising Second Season Sire, Twilight Son, the Champion Sprinter who has sired the winners of 16 races since the resumption in June including the unbeaten Listed Winner Aria Importante, out of Sweetest Revenge, who Mark trained to win seven races, he is a strong colt who was foaled quite early on the 7th of March.

He was brought up at Hollybush Farm and arrived with Mike on the 23rd of October to be broken and ridden away; given his strength Mark will look to train him as Two Year Old; Mark would be pleased to show him to you on the move virtually any day Monday to Saturday, contact details at the head of this page. 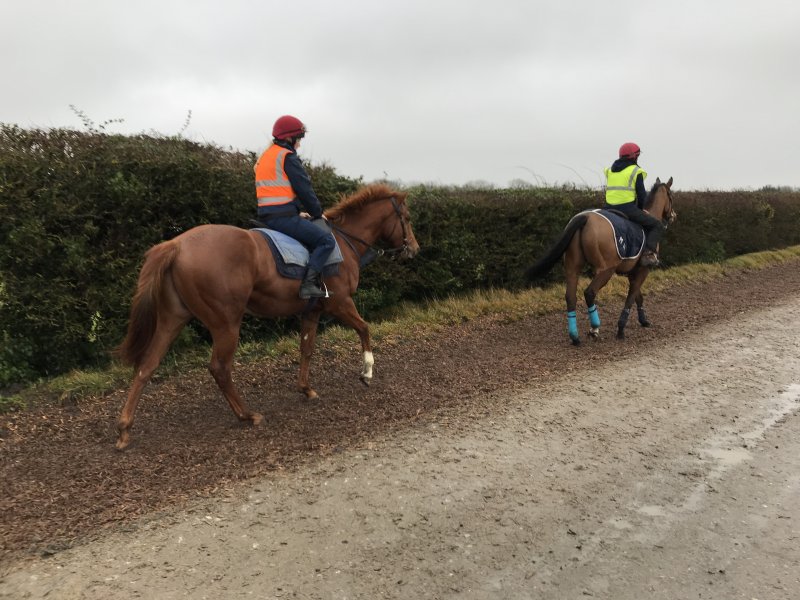 10% of his net costs thereafter

Email his breeder, John Stansfield, at jandvstansfield@globalnet.co.uk, 01208 850727 for more details, or email or telephone Mark to see him on the move.