By Europe's leading Second Season Sire, Twilight Son, the Champion Sprinter who has sired the winners of 78 races since the resumption in June 2020 (including six Stakes winners rated over 100 and the Cornwallis Stakes winner, the 112 rated Twilight Jet), out of Sweetest Revenge, who Mark trained to win seven races, he is a strong colt who was foaled quite early on the 7th of March 2019.

He was brought up at Hollybush Farm and arrived with Mike on the 23rd of October 2020 to be broken and ridden away; Mark would be pleased to show him to you on the move virtually any day Monday to Saturday, contact details at the head of this page.

Here he is on the 7th of April in an extended canter that shows his fluidity of movement really well. 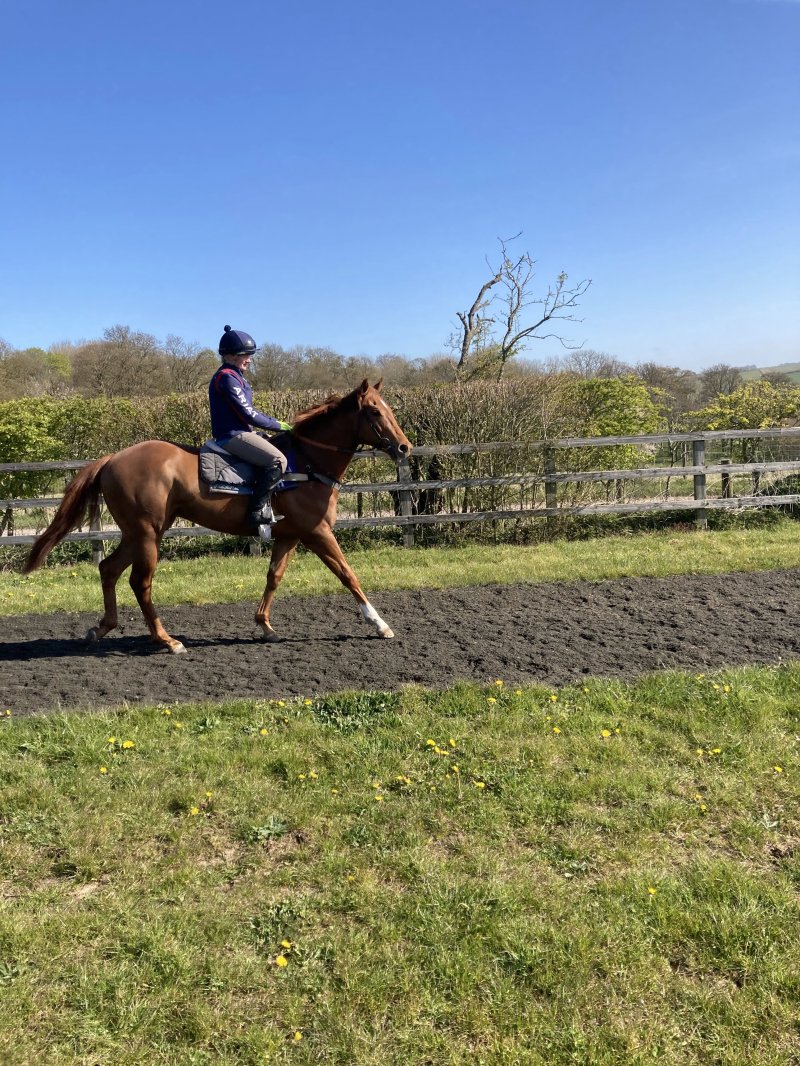 His work has been steadily progressive over the last month and Mark is put him on the track in a six furlong Novice Stake at Kempton on 24th of November2021; and he ran a race of considerably promise starting quite slowly and being around 12 lengths adrift of the pace turning in before running on strongly to take fourth close home in what could be an above Novice for the grade; he didn't quite run up to that level in his two further Maiden starts; and was then held up with a respiratory infection during February.

His first run in a Handicap came at Kempton off a mark of 65 over seven furlongs at the end of March; and he again showed ability and progression to be second, coming from the back in a tightly handicapped, competitive race.