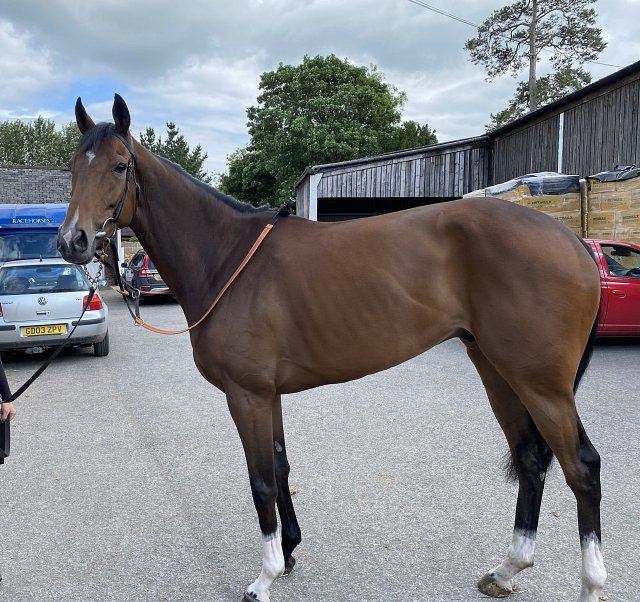 From the first crop of the Group Three Winning Steele Tango, who comes from the brilliant family of Immortal Verse and Last Tycoon, out of an unraced Motivator Filly from the high class French family of the Prix Diane winner Rescousse.

He had three runs in Maiden company, at Lingfield, Newbury and Windsor before making his debut in handicaps at Nottingham in August 2018; initially quite harshly handicapped he showed quiet progression being placed four times in six starts before winning a staying Lingfield handicap really decisively under Josephine Gordon at the beginning of April 2019; after a deserved mid Summer break he returned to the track in the Autumn of 2019 and had three runs without quite recapturing his earlier form; he remains in training and we have identified the slight issue that he had last Autumn and he should be capable of really effective in staying handicaps on the resumption.

After one run, at Wolverhampton in June, to blow the cobwebs away he put in a much more proficient performance to be second at Chepstow in the third week of July, just failing to hold stablemate Bird for Life after attempting to make all; a close up fourth at Wolverhampton and an equally close up second at Bath in the Autumn of 2020 followed; he then ran three less satisfactory races at Kempton, twice and Southwell before having a break over the Winter of 2020/2021.

He returned to the track, well handicapped, in the middle of May 2021, in a Wolverhampton sixteen furlong Amateur Handicap and ran a really excellent race to be second just beaten three quarters of a length, very nearly making all. His second run in the spring of 2021, on the Lingfield polytrack, was slightly disappointing but he then powered home when reverting to easy ground turf in an extended sixteen furlong Handicap under Ellie Mackenzie, running away with the race in the last two furlongs to win by eleven lengths.

Previous horse in this group: Willingly